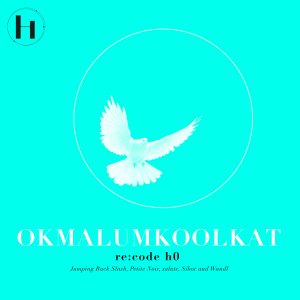 Okmalumkoolkat´s “Holy Oxygen I EP”, released in 2014, was a spectacular fusion of Simiso Zwane’s many facets and the future-leaning production work of Affine´s very own Cid Rim & The Clonious. Now, Affine Records proudly presents re:code H0 – a colourful collection of Holy Oxygen I re:codes.

19-year-old rising star salute dedicates his remix of “Fancy Footwork” to the 90s. He lightens the mood with flashing synth stabs and a lush bouquet of friskiness – crafted with this decade’s accurate swag.

Jumping Back Slash transforms “Ijusi” into a deep Gqom dub, the significance and sharpness JBS handles this task with comes as no surprise considering his vast knowledge and bond to Durban’s Gqom vibes. Petite Noir who just released his excellent EP on Domino Records comes around with another remix of “Holy Oxygen” and delivers a hypnotic, vibrant and dubbed out interpretation of the crew’s signature tune.